Posted by Administrator on September 06 2017

Anna Bullus of Gumdrop Ltd and my gumboots, is this year’s brief setter.

Anna left School to do a foundation course at Camberwell College of Art where she specialised in Three Dimensional Design and graduated with a Distinction. She went on to study Three Dimensional Design at the University of Brighton where her idea for the Gumdrop was first born. During her degree Anna specialised in plastics and material experimentation, which led to her developing an interest in recycling. 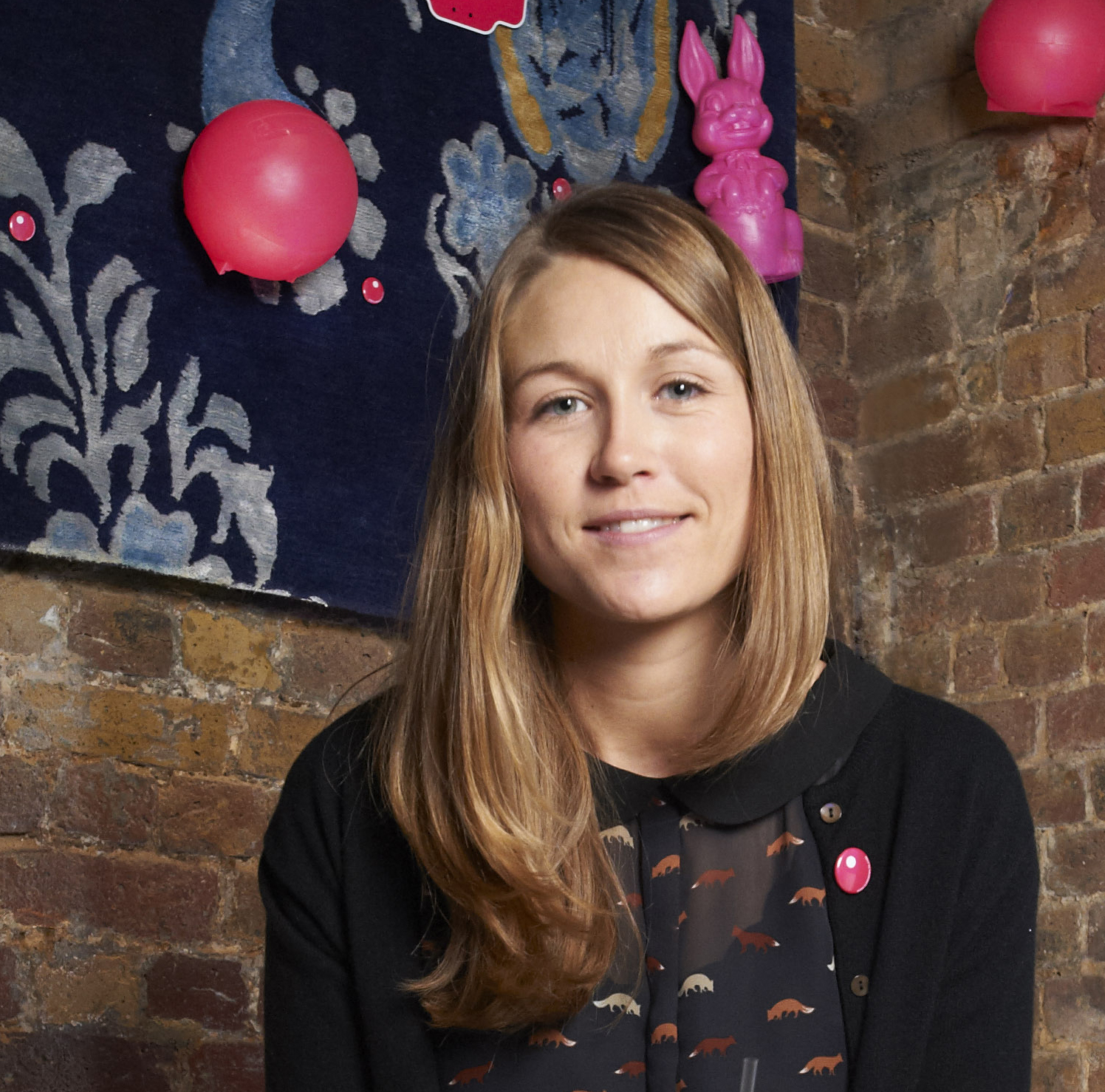 One day when walking home from University, Anna decided to pick up every piece of litter she could find, take it home and Google each piece to find out what happened to it once it became waste, and if there were other uses for each material. Inside an empty crisp packet was a lonely piece of chewing gum that soon became the brainchild for her Gumdrops.  When Anna Googled ‘chewing gum’, to look at who was recycling it and what it was made from, she could not find anyone or anything that re-used chewing gum. She quickly realised that chewing gum was everywhere, and was a major litter problem that was going unnoticed, and with that Anna decided to give gum a second life.

Anna found herself in her final year at Brighton in a Chemistry lab experimenting with different materials, temperatures, resins, you name it she tested it. After hundreds of experiments she came up with a mouldable material which could be used to manufacture a bin which would collect chewing gum and subsequently be recycled to make new bins, the Gumdrop bin was born. Anna breathed a huge sigh of relief knowing that she at last, had a product to use for her final year project, but little did she know this was going to become her career.

After leaving University with a First Class Honours Degree, Anna gained experience as a Product Designer with Hulger, and Case Furniture as a Junior Product Developer in London. At the same time Anna was showcasing her ‘gumdrop bin’ project worldwide, this generated a huge amount of demand so much so that Anna decided to leave Case Furniture to set up her own company, to tackle the global problem of chewing gum waste.

Anna needed to develop her material into a product that was commercially viable, so she approached the Polymers Department at the London Metropolitan University. Here, she spent three years developing her material from recycled chewing gum, now known as Gum-tec. Gum-tec can be used in existing manufacturing processes such as injection and blow moulding.

With her material ready and a new Gumdrop bin designed and produced, Anna launched the Gumdrops in 2010 with Legoland being one of the first sites to take them on. The Gumdrops have now travelled far and wide across the UK. Gumdrop Ltd has attracted some fantastic companies like BAA, Royal Mail, Amey, ISS, Westfield Shopping Centres and Wrigley’s. The Gumdrop Bins are proving to be a great success and reduced gum litter by up to 46% in the first 12 weeks of use. 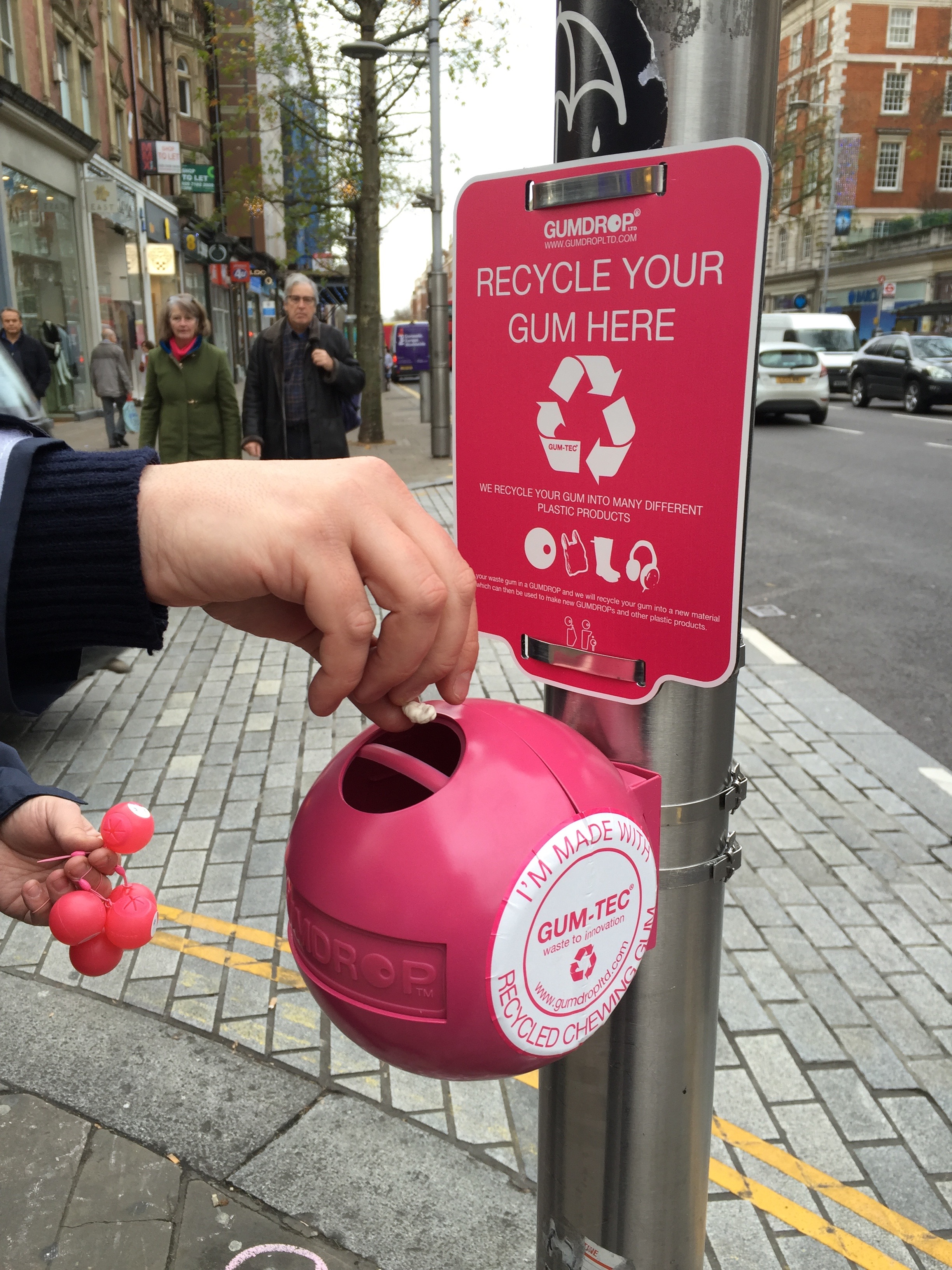 It is not just the Gumdrop bin that has developed and grown. Gum-tec is now being used to make other products such as Gum-tec Gumboots, dog bowls, rulers, frisbees and sports cones. This range of products is set to expand and grow in the future. 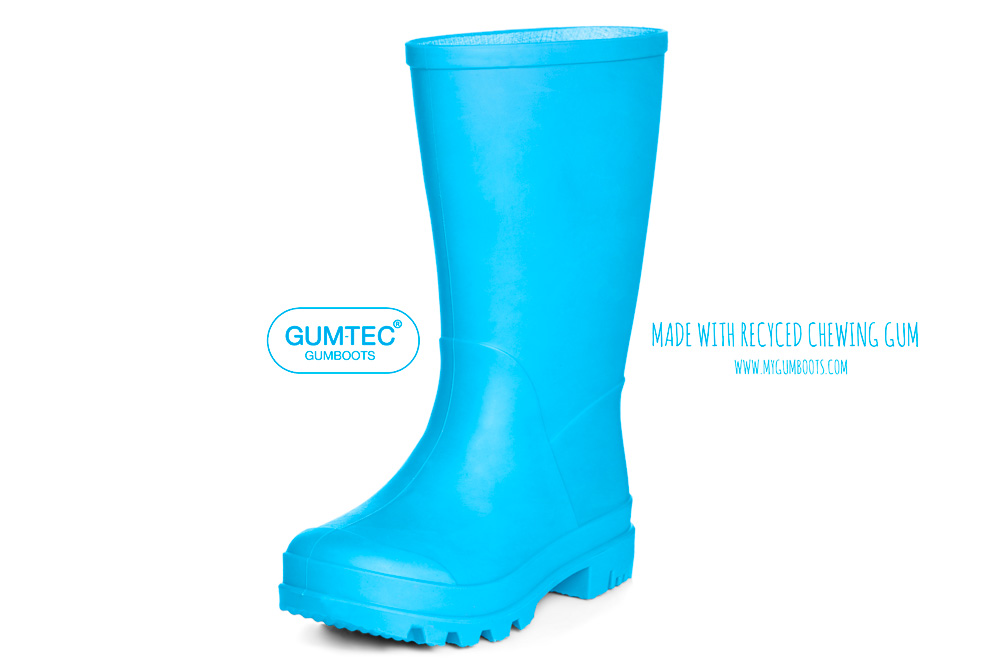 Anna has gone on to be nominated and win many awards for her innovative ideas, including being nominated in 2010 by the Financial Times for a place in the ‘Top 50 Women in World Business Ranking,’ in the same year she was also placed in Management Today’s ’35 Women Under 35 to Change the Future’.  In 2011 she was selected as one of Kevin McCloud’s ‘Grand Designs Green Heroes’, and also selected as one of the ‘Top 20 Young Entrepreneurs’ by Start Your Own Business Magazine. In 2012 she won Tomorrow’s ‘Best Cleaning Product,’ was given a  ‘Homes & Gardens Eco Designer of the Year Award,’ and was also placed in Wired Magazine’s ‘Europe’s 100 Hottest Startups 2012.’

Anna aims to deliver innovation on a global scale and continues to pursue her goals by educating and inspiring the public to reduce chewing gum waste.

The future’s green with a drop of pink.